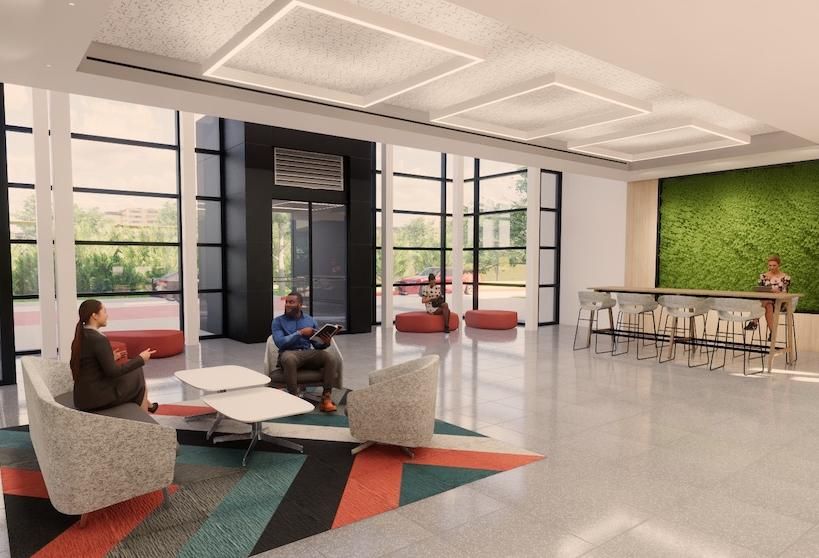 Posted at 03:43h in Uncategorized by admin 0 Comments
0 Likes
Share

A Las Colinas office building with the potential to serve as a landing pad for large corporate tenants is undergoing extensive renovations. 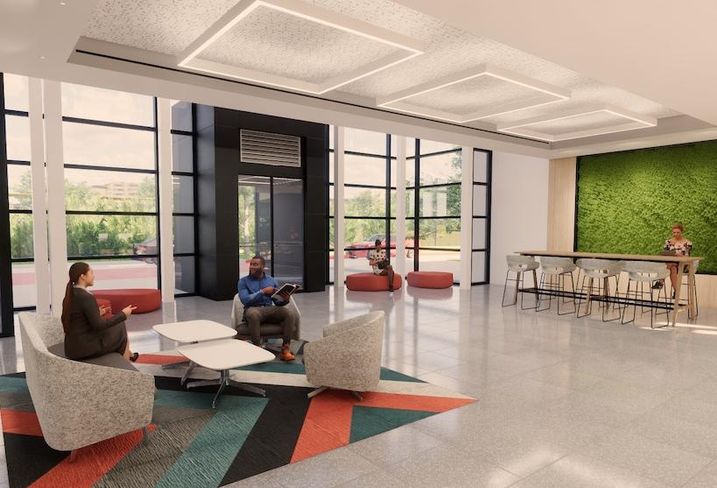 Rendering of a renovated lobby inside 2901 Kinwest in Las Colinas.

Sunwest Real Estate Group acquired the 160K SF 2901 Kinwest Parkway property in Las Colinas this year and partnered with Entos Design to revamp the site, turning it into a modern corporate campus. Once renovations are complete, the site will feature an indoor-outdoor courtyard, an arcade-inspired lounge and cafe, a renovated lobby, upgraded conference facilities and improved exterior facades.

The property is located between LBJ Freeway and Highway 114, with easy access to Dallas-Fort Worth Airport. The revamped office building is set to go to market in late 2020.

Two buildings with long-term net leases to Xplor Preschools in Mansfield and Carrollton have sold.

STRIVE represented the Dallas-based seller and also found the buyer. The Mansfield site is in a market where the population has increased 85% since 2010. The Carrollton location is adjacent to President George Bush Turnpike, and its nearby population has grown by more than 34% in the past decade.

Kayi Realty, dba ADL Auto Sales out of McKinney, also acquired an auto showroom that sits on 1.78 acres at 8312 Camp Bowie West in Fort Worth. Bledsoe represented the seller, Allen Samuels Realty, along with the buyer.

A dental office sitting on heavily trafficked Preston Road in Frisco is about to become a retail site. Linrfa LLC acquired 7680 Preston Road from Leon Capital Group and intends to transition it to a retail asset. The seller is LCP Preston Rd VB Frisco LLC. 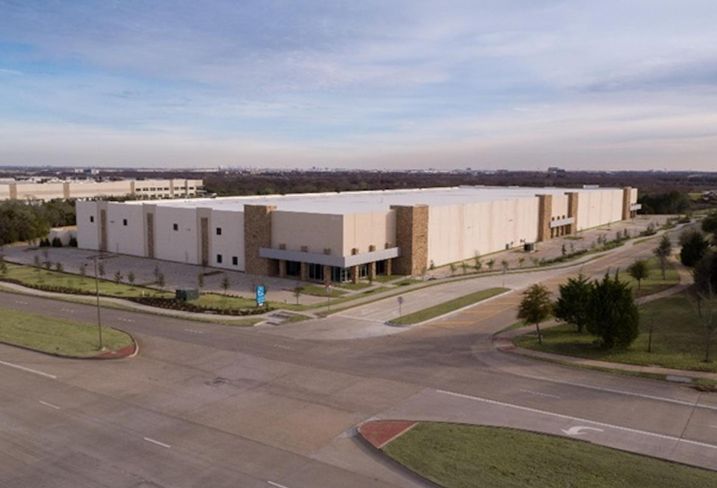 1901 Lakeside Parkway in Flower Mound has a new tenant.

Huntington Industrial Partners developed the site in the Lakeside Business District to create a high-quality industrial asset near Dallas-Fort Worth International Airport.

Perdure Petroleum LLC leased 17K SF of office space at the Office Campus at Allen for its expanding headquarters in North Texas. The oil and gas firm plans to relocate to the site in the fourth quarter of this year.

The move to 1101 Central Expressway South in Allen is part of the organization’s plan to consolidate its Houston and Dallas offices and expands its corporate office by about 10K SF.

Commerce Bank signed on as a tenant at The Crescent in Dallas and plans to occupy just under 10K SF within the 200 Building.