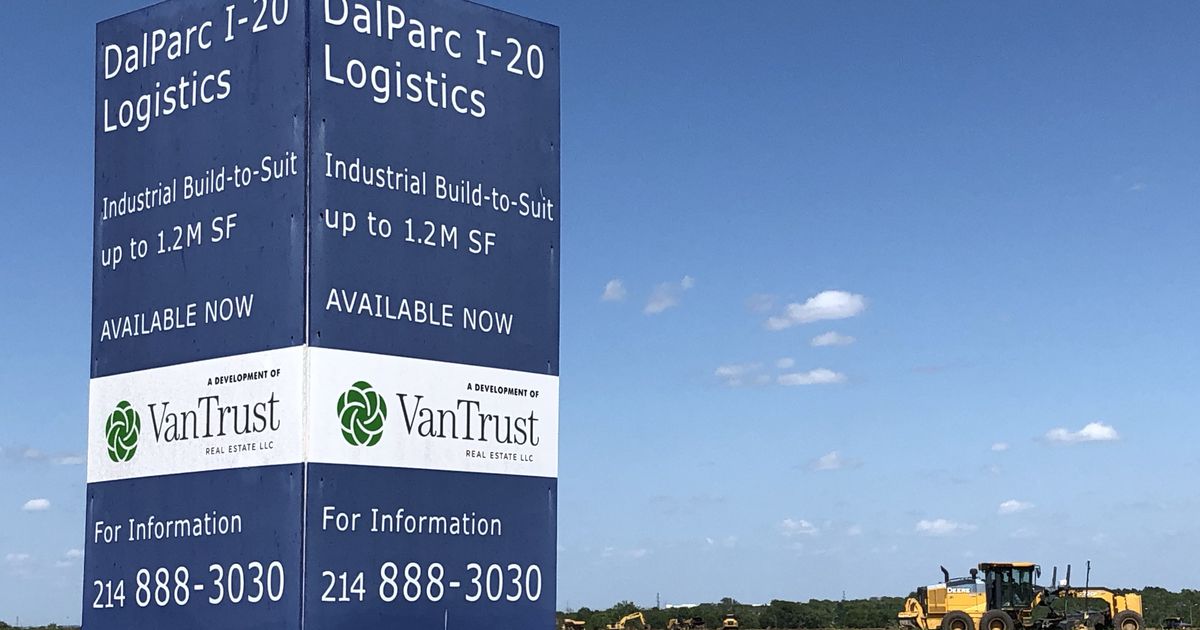 Posted at 14:35h in Uncategorized by admin 0 Comments
0 Likes
Share

On Dallas Avenue just south of Interstate 20, excavators are busy tearing up the landscape for a 1 million-square-foot industrial project.

The huge speculative warehouse is one of several new developments VanTrust Real Estate is kicking off. The VanTrust deals are among more than a dozen major real estate projects started or announced since the COVID-19 outbreak took hold.

“Living in a COVID world, the one market everyone likes is industrial — it continues to do well,” Baumgardner said. “And in the D-FW area, if you don’t have a building ready, you are not in the game.

“Hopefully by the end of the year we’ll have 2 million square feet going on the industrial side.”

VanTrust is also making plans for new office buildings with a project in the works in McKinney’s Craig Ranch development. “Our strategy there is when the market tells us or we get an anchor tenant, we will be breaking ground,” Baumgardner said. “When we get a vaccine, the best I know is that’s when the corporate world will come out of hibernation.

“There is an opportunity to gain market share, and that’s what we are trying to take advantage of.”

Dallas-Fort Worth building starts in the second quarter were down only 1% from the same period last year.

Nonresidential construction starts in June were up 10% from 2019 levels, according to a new report by Dodge Data & Analytics.

For the first half of 2020, almost $11.4 billion in construction starts were recorded in North Texas — behind only New York City for new construction.

Developers say most projects that were close to starting before the pandemic have moved ahead.

But some have been delayed by the pandemic.

Developer Bill Cawley is ready to start his next Plano office project, which is just east of the Dallas North Tollway. The 120,000-square-foot office building on Parkwood Boulevard will house offices for First United Mortgage and have additional space.

“We are going to break ground in September,” Cawley said. “We’ve had a little bit of [leasing] activity on the rest of the building.

Almost 85% of the real estate execs recently surveyed by a top Dallas architect said they are optimistic about a return to “normal” at some point. And more than 60% of the industry professionals told architect GFF they are not worried about continuing projects that are in the design phase or under construction.

“We’ve been surprised by the lack of anxiety in the written responses that we’ve received,” GFF CEO Evan Beattie said. “We originally sent this survey out at the beginning of June when COVID-19 cases were beginning a second significant upward trend.

“Despite this, most people responded with an optimistic view towards what the future will hold for the real estate market in North Texas.”

Almost 90% of the managers and clients in GFF’s survey said they still expect to start new projects in the coming 12 months.

“We are encouraged that almost all of our clients and project managers responded that they expected to start new projects by the beginning of 2021,” Beattie said. “The short-term negative impacts of the pandemic have been obvious and painful, but many developers, institutional and corporate clients are moving forward with projects to meet anticipated demand in 2022 and 2023.”

Major projects started or announced in the four months since the start of the COVID-19 pandemic:

Invesco Real Estate and Bandera Ventures are starting a 956,020-square-foot warehouse project on Everman Parkway near Interstate 20 in South Fort Worth.

Stonemont Financial Group is starting the two-building McKinney Airport Center warehouse project with more than 230,000 square feet of space on the west side of McKinney’s airport.

Developer Wynne/Jackson is building a $200 million, 280-acre industrial park in Mesquite in Kaufman County along Interstate 20.

Logistics Property Co. is building a 1 million-square-foot speculative warehouse project at the Southport Logistics Park in Wilmer. The first two buildings in the 242-acre business park on Interstate 45 project were leased to Amazon and food products firm Smuckers.

Conor Commercial Real Estate is building Skyline Commerce Center, a two-building, 198,000-square-foot industrial project on South Buckner Boulevard just south of Interstate 30. The new office and warehouse campus will include one building with about 135,000 square feet of space and another with more than 62,000 square feet.

VanTrust Real Estate plans to build a four-story building in the Craig Ranch development on the north side of State Highway 121. The 115,000-square-foot McKinney Corporate Center II will be next door to a similar building VanTrust built in the business park that is fully leased.

J. Small Investments and Lyda Hill Philanthropies are redeveloping the 23-acre Pegasus Place business campus on Stemmons Freeway. The 18-story tower is getting new life as a state-of-the–art home for biotech firms and nonprofit organizations.

Developer Granite Properties has updated plans for its Uptown Dallas office high-rise next door to the Crescent complex. The 26-story 23Springs office tower would replace low-rise buildings at the corner of Cedar Springs Road and Maple Avenue and could start early next year.

GlenStar Properties and Singerman Real Estate are kicking off redevelopment of the Solana office campus in Westlake. The investors bought the more than 1 million-square-foot office complex constructed in the 1980s last year and are launching a multimillion-dollar makeover.

Cawley Partners, in partnership with Plano’s pioneer Haggard family and First United Bank, is building the 120,000-square-foot, four-story Parkwood office building on the east side of Dallas North Tollway at Parkwood Boulevard and Windhaven Parkway. The building will house the headquarters of First United Mortgage.

Trammell Crow Co. plans to build a 27-story office and retail tower at McKinney and Maple avenues next door to the Crescent. The 2401 McKinney tower would be the tallest office building on Maple.

Austin developer Oden Hughes and Canada-based North American Development Group are building a seven-story apartment and retail building on Oak Lawn Avenue next to the landmark Melrose Hotel. The building will have 293 rental units and 6,000 square feet of retail.

Crescent Real Estate plans to build a more than 30-floor luxury residential tower on Maple Avenue between the Stoneleigh Hotel and the Crescent. The high-rise is set to go up at 2811 Maple Ave. just north of Cedar Springs Road and will replace a low-rise commercial building. 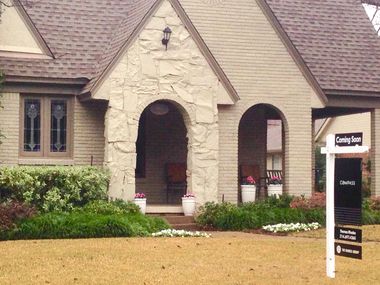 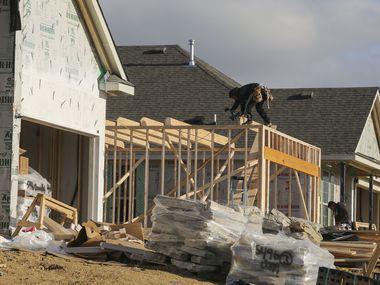