Amazon on the move again with more Fort Worth warehouse space
16886
post-template-default,single,single-post,postid-16886,single-format-standard,bridge-core-2.0.5,ajax_fade,page_not_loaded,,hide_top_bar_on_mobile_header,qode-child-theme-ver-1.0.0,qode-theme-ver-19.2.1,qode-theme-bridge,qode_advanced_footer_responsive_1000,wpb-js-composer js-comp-ver-7.0.3,vc_responsive

Amazon on the move again with more Fort Worth warehouse space 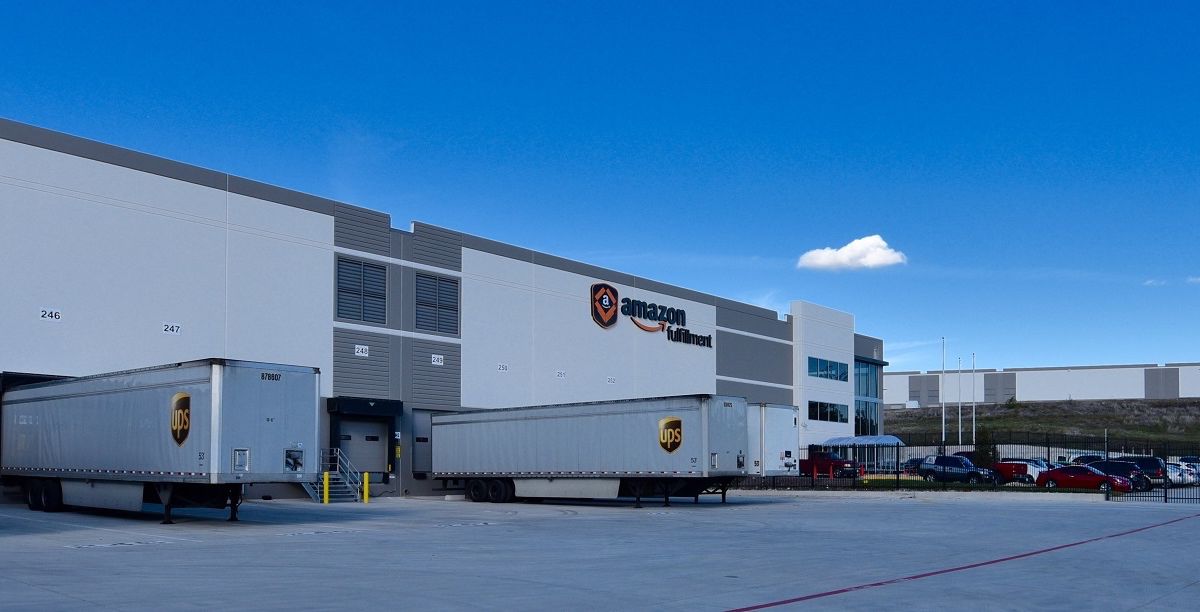 Posted at 06:13h in Uncategorized by admin 0 Comments
0 Likes
Share

The big online retailer is gobbling up yet another large block of office space in North Fort Worth.

Amazon is taking at half million-square-foot distribution space at 1851 NE Loop 820 in Fort Worth, according to filings with the state of Texas.

The company plans to start work next month an a $25 million shipping hub that will open in July.

The building is owned by a Dallas-based real estate company.

And it’s in the same area where Amazon is leasing another 465,450 square feet of space in the Interstate Crossing business park.

Since the first of the year, Amazon has worked on deals to expand its distribution footprint in the Dallas-Fort Worth area by more than 2 million square feet.

In mid-February, Amazon will create 1,000 jobs with its huge new distribution center in Irving. The company is leasing a just-completed 1 million-square-foot warehouse near the south end of DFW International Airport.

Amazon is by far the largest industrial building tenant in the Dallas-Fort Worth area, with more than 6 million square feet of facilities. The company says it has 16 fulfillment and sortation centers in Texas in Coppell, Dallas, Fort Worth, Grapevine, Houston, Irving, Katy, San Antonio, San Marcos and Schertz.