Amazon is D-FW’s biggest warehouse tenant — and it’s about to get bigger
16987
post-template-default,single,single-post,postid-16987,single-format-standard,bridge-core-2.0.5,ajax_fade,page_not_loaded,,hide_top_bar_on_mobile_header,qode-child-theme-ver-1.0.0,qode-theme-ver-19.2.1,qode-theme-bridge,qode_advanced_footer_responsive_1000,wpb-js-composer js-comp-ver-7.0.3,vc_responsive 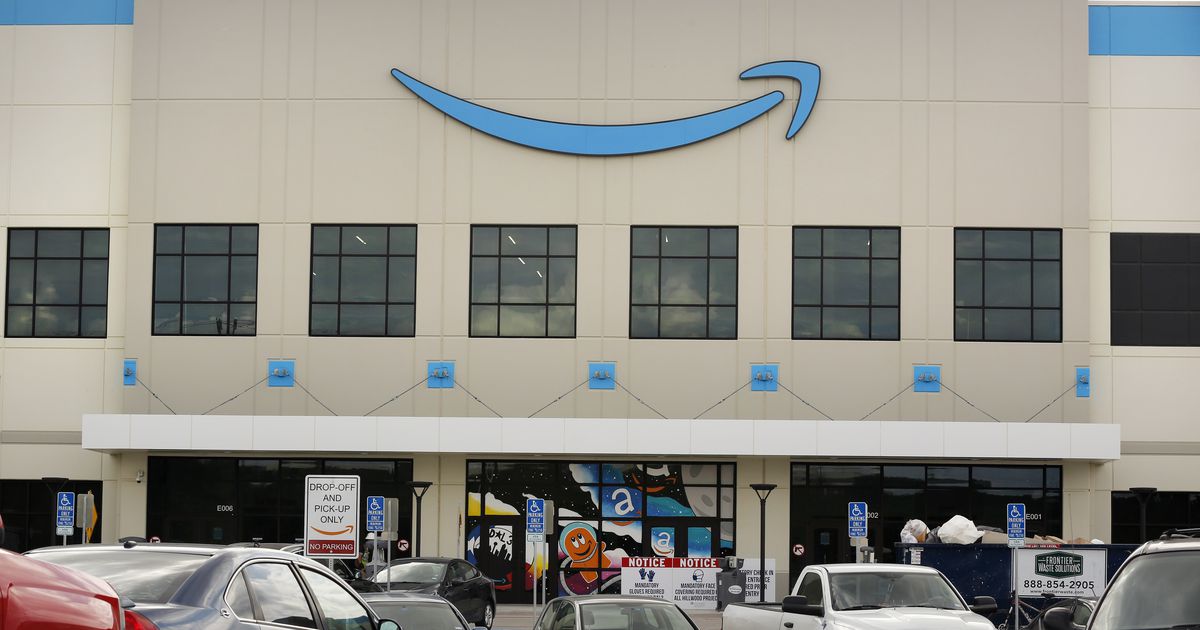 Posted at 21:48h in Uncategorized by admin 0 Comments
0 Likes
Share

With COVID-19 causing a surge in home deliveries, Amazon is ramping up its North Texas distribution operations with millions of square feet of additional warehouse space.

And Amazon is on track to add another 2.3 million square feet of D-FW distribution space through the end of this year, according to a new report from Costar.

“With plans to add over 10 times more distribution space to its platform in the next couple of years, Amazon is expected to continue to outpace its competitors in terms of merchandise sales per square foot,” Costar analysts write in the new report. “Most properties absorbed by Amazon in the next few years will be in California, Florida and Texas, placing many of the metros in these states as short-term beneficiaries of e-commerce demand.

Amazon now has about 180 million square feet of distribution space nationwide, according to Costar, a leading real estate research and analytical firm. That’s more shipping space than the country’s other top retailers, including Walmart and Target.

Costar’s studies say the U.S. industrial market is poised to add 200 million square feet of new logistics space in 2020, 30% of which will be absorbed by Amazon.

So far this year, Amazon has added major North Texas shipping hubs in West Dallas, near DFW International Airport and in Southern Dallas County. More Amazon warehouse space is on the way in Forney east of Dallas.

“They have several more deals in the queue for D-FW,” Pearson said. “They are going further and further out.

“With the pandemic, their daily demand has been more than what it is during their peak season at Christmas.”

Amazon won’t have any trouble finding distribution space in the D-FW area.

North Texas is one of the country’s fastest-growing industrial building markets with more than 25 million square feet of projects in the development pipeline.