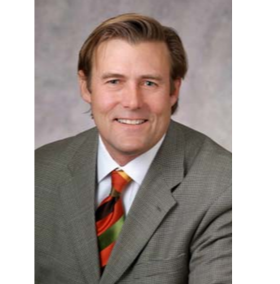 
Rob Riner, CEO of Rob Riner Companies formed the company in April of 2006. Rob spent the last 32 years of his career working in all facets of industrial real estate.

Rob  has participated on both sides of the desk, as the service provider and owner with over +/-5,000,000  SF of development to date. Robs current focus is on ground-up speculative development through lease-up and disposition, as well as build-to-suit and design build projects.

Rob got his start in industrial real estate at CBRE where his roles consisted of industrial brokerage, tenant representation, and industrial investments sales, leading the Southwest Industrial Team. During his tenure at CBRE, Rob’s transactional volume consisted of +/-9,800,000 SF and +/-274 acres.

Following CBRE, Rob joined First Industrial as a Senior Regional Director for Dallas, Fort Worth and Austin. During the five-year tenure, development volume consisted of $52.5 million, acquisition volume of $216 million, and total disposition of $88 million. Rob directed a 32-member team that managed on average +/- 6.5 million-square-foot portfolio that maintained an average occupancy of 95% year-over-year. The team consisted of asset managers, property managers, internal leasing team, and maintenance group along with accounting staff.

In 2011 Rob joined Panattoni Development Company as the Dallas development  Partner where headed up development, acquisition, disposition and the leasing of the existing portfolio. During this time, Rob was responsible for winning the largest build -to-suit in Dallas in 2014 which was the 1.4 million-square-foot build-to-suit for Procter & Gamble. Some of Rob‘s clients while at Panattoni were Principal/ CalSTRS where he handled and oversaw Dalport Industrial Park in South Dallas. He acquired +/-100 acres with +/-50 acres under  option for Panattoni which was bought in a JV with MetLife at Midpoint Logistics Center in Lancaster, Texas. He built +/- 450,000 SF which consisted of two industrial buildings for Principal/ CalSTRS at Park 20/35.