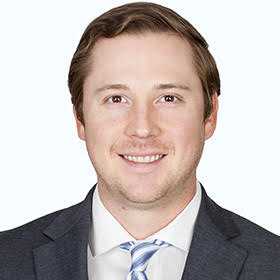 Nick joined the Rob Riner team in 2019 but isn’t foreign to working with Rob. Nick was a part of the Lee and Associates Fort Worth team that Rob started and ran in 2009. During his time with Rob he was responsible for listings such as riverbend business park and tenant representation totaling transactional volume of over 1,000,000 SqFt ranging from 2,000 SqFt – 40,000 SqFt in his first fiscal year.

Nick took a hiatus from real estate in 2012 where he pursued a career in aviation sales for 7 years. During this period, he was responsible for growing clients such as American Airlines, United Airlines, WestJet Airlines and Allegiant Airlines to name a few. He was able to grow AA from $550,000 in 2012 to its current state of $2,200,000. With his portfolio of 18 clients under management, Nick accounted for gross revenue of 6 million dollars in 2018.

Aviation took him to various parts of the world. From Calgary to Nova Scotia Canada, to each corner of the United States and various areas such as Lima Peru in South America.

Nick graduated from Texas Tech University with a bachelor’s degree in general business from the Jerry S. Rawls college of Business.